Founder and senior partner of the law firm Höchstetter & Koll, studied law at the Ludwig-Maximilians-Universität Munich and political science at the Bavarian School of Public Policy in Munich. In 1990, he passed his first state examination in law, followed in 1993 by a second state examination in law and a degree in politics from the Bavarian School of Public Policy (HfP). Since 2000, Dr. Klaus Höchstetter has acquired additional qualifications, in particular as a specialist lawyer for tax law (FAStR), lawyer for commercial law, specialist lawyer for criminal law (FAStrR), specialist lawyer for inheritance law (FAErbR) and Executive Master of international and European Business Law (M.B.L.-HSG). In 2006 he received his doctorate magna cum laude in Munich. The subject of his doctorate is “Open Coordination in the EU”, a topic that is at the interface of European and constitutional law on the one hand and realpolitik on the other.

Dr. Klaus Höchstetter was admitted to the bar in 1993 and is a senior partner of the law firm Höchstetter & Koll. Since the beginning of his legal practice, he has published articles on current issues from current legal practice on an ongoing basis. Dr. Klaus Höchstetter has professional experience in the private sector (e.g. the management consultancy firm Roland Berger, Hewlett Packard), has held various teaching positions in the past and is a regular speaker on selected topics. In addition, he was repeatedly seen in television appearances regarding legal issues. Dr. Klaus Höchstetter is fluent in English, French and Spanish. He is a member of various associations and federations, namely the German-Atlantic Association, The Deutsche Auslandsgesellschaft, various legal associations, the German Association of Specialist Journalists (DFJV) and the Working Groups for Tax Law, Criminal Law and Inheritance Law of the German Bar Association (DAV). 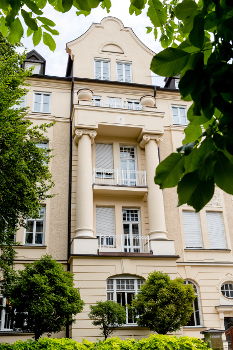